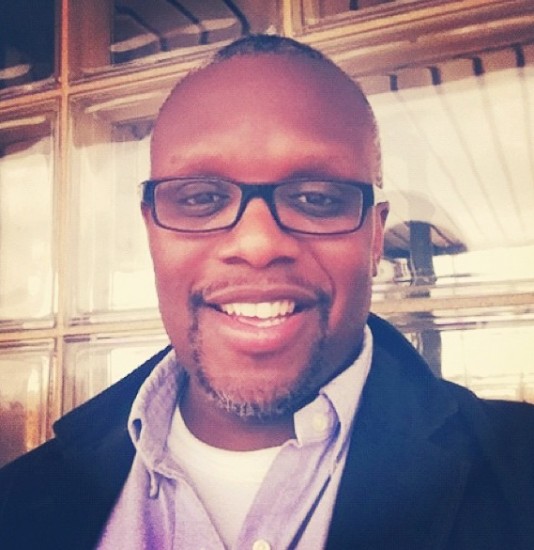 I love words. I always have. So when I encountered author Benjamin Daniel and his new book, These Long-Tailed Words: Verse and Prose for Everyone I was enraptured. New Jersey-born author Benjamin Daniel has quite a way with words. His first published work explores love and loss, education, music and a range of topics in between. Daniel is a master of prose as well as poetry, making the book a treat for lovers of both forms. Learn more about the captivating Mr. Benjamin Daniel in our Brown Sugar Interview. 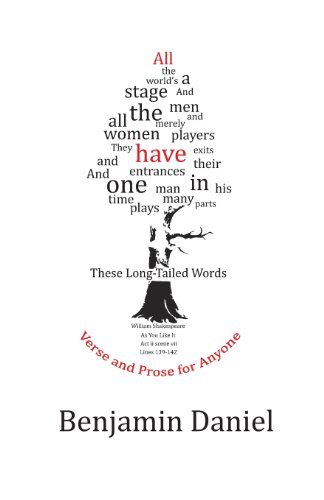 BROWN SUGAR – So Benjamin Daniel, when did you fall in love with Hip Hop?

BENJAMIN DANIEL – Wow! Somewhere between Boogie Down Productions’ “South Bronx” and MC Shan’s “The Bridge”, so the mid-80s. I had to tape the shows and grew adept at those pauses right before the DJ broke in. It was exciting, the varieties of rap you could enjoy. My FIRST CD was Redman’s “Whut? Thee Album”. I was a MAJOR fan of East Coast-style rap from the beginning.

BROWN SUGAR – Would you say hip hop or music in general has an impact on your writing?

BENJAMIN DANIEL – There are rhythms, ebbs and flows to any writing. I’m cognizant of how words might look and sound in another reader’s mouth. Rap, particularly the lyrically and sonically dense variety, also concerns itself with the “look” and “feel” of a verse or verses.

The best music and writing gives the listener and reader a framework. Writing and rap concern themselves with structure. There are rules, conventions and then, maybe, new and exciting forms like a Frank Lloyd Wright piece or a Dadaist painting or poem.

BROWN SUGAR – What, if any, is the connection with modern-day hip hop and poetry?

BENJAMIN DANIEL – Hip hop, as with all popular music, has become a largely commercial exercise, the province of usurers and speculators. I come not to bury hip hop, however, but to praise a goodly portion of it. The ubiquity of the Web and the portability of digital files have made it universal.

Poetry is going away from us. It isn’t taught except in AP classes or colleges and universities. Popular culture has little use for the rigors of Petrarchan or Shakespearean sonnets, of puzzling the differences between free and blank verse, of struggling with Eliot’s The Waste Land.

BROWN SUGAR – Tell us about your love for long tailed words and language as a whole.

BENJAMIN DANIEL – Language is our cultural, ethic and ideological currency, the all-powerful lens through which we conceive and interact with everything in existence. There’s wonder there, the ability to construct a world whole cloth from nothing more than thoughts put to paper. When I discovered I had any writing ability it was my Paul to Damascus moment. The malleability of language is everything, its best and worst thing. It’s exciting.

BROWN SUGAR-One of my favorite pieces in the book is the poem Taken. When writing something so full of detail and description did you lean on memories, imagination, or something else?

BENJAMIN DANIEL– Yes. All of that. Details invite the reader in, make them a stakeholder in the story’s outcome. It lends veracity to the piece. A trip to and through a place or places like that, the ideas about them, the point at the end of the road where you’ve made your way home? They each inform the work.
BROWN SUGAR – I know you have many language pet peeves. What do you think has led to many of the errors we see daily in social media? Is it a problem simply because it breaks a rule or is it there a larger issue here?

BENJAMIN DANIEL – Schools don’t teach grammar, sentence structure and style. They’re teaching students to pass tests, not to think and reason critically. News and media organizations aren’t fact-checking. The pace of the news business is such that those kinds of tasks increase lag time between writing and delivery to market. Students aren’t being taught to engage with a text as a work to be analyzed, but as a series of statements from which to answer multiple choice questions.

BROWN SUGAR – While reading your book These Long Tailed Words: Verse and Prose for Everyone, I was struck by your ability to write both prose and poetry well. Do you have a preference?

BENJAMIN DANIEL – Poetry is the sandbox in which I can most easily play with structure and form. It can simultaneously allow for convention while offering multiple opportunities to flout it, though the audience for poetry has shrunk considerably. Prose is where my bread is buttered. Short stories, speeches, news releases, long-form stories, that’s my day job. It’s like trying to choose a favorite child.

BROWN SUGAR – What place do prose and essays have in the current literary landscape?

BENJAMIN DANIEL – There’s always places for stories that are told well, for issues-based writing. Junot Diaz does novels and short stories. The New York Times and The New Republic are publishing insightful, biting commentary on the issues we face. These sell. And well.

BROWN SUGAR –What can readers expect from Benjamin Daniel the writer in the future?

BENJAMIN DANIEL – There’s a novel in production now, A Sidewalk Story, scheduled for release in November. Still getting those freelance gigs (though I could always use more, people!) and working in education.

BROWN SUGAR-I know you’re a comic book fan. Any chance of some sort of a true crime comic hybrid type novel from you?

BENJAMIN DANIEL – That’s gonna be the third book. Thanks for the idea and inspiration. Stay tuned to writerightpubs.com and @writerightpubs on Twitter for news and updates.

Benjamin Daniel is a writer and editor from New Jersey. His publishing company publishes his and other authors’ works. More at writerightpubs.com