Is there room for Christianity inside the ciphers of mainstream Hip Hop? 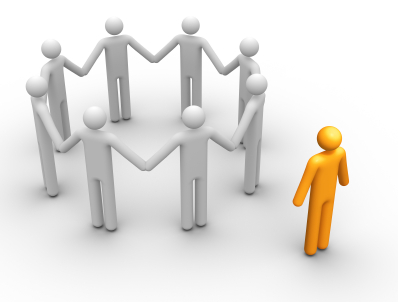 Recently I’ve seen lots of posts by music lovers from the gospel side of the world expressing great joy at seeing gospel artists on reality shows, winning mainstream awards, and being given a “platform” on regular TV. I usually look over these tweets with some guarded cynicism and a crucial side eye. I mean for much of my youth there was all this talk of being set apart, not being of (this/the) world. So here I am now aged 30 years and far removed from the gospel music paradigm. I found myself a bit confused at this new “hey include us’ mentality. So I decided to find out what was going on. At the center of the recent fervor seemed to be a rapper named LeCrae out of Atlanta.

LeCrae’s name was familiar to me, I encountered some of his early stuff and it didn’t suck but I didn’t follow his career. So fast forward to about 2011/2012 and the release of his “Church Clothes” mixtape and his name is everywhere. The Atlanta emcee was everywhere, not just on gospel industry folks’ timelines but everywhere including the Grammys, BET ciphers and the like. These appearances were usually followed by gospel folks’ excitement and “we’re finally being included” type tweets. Cue my side eye and Dora blink. So earlier this week I saw all this talk hit a fever pitch because LeCrae was going to be performing on 106&Park. I said well sheesh let me listen to this young man and see what he has to say and what his performance looked like. I was pleasantly surprised.

I wondered if he was doing the over preaching, guilt inflicting/shaming technique that many gospel rappers seemed to employ. He wasn’t! His song ‘Round of Applause” featuring a verse from B.O.B is actually just what mainstream hip hop needs, BALANCE. The song is about overcoming the odds and making it “out”. It’s about how for him that meant acknowledging and relying on God. I released a sigh of relief. Finally someone found an approach that just might be welcome in hip hop. What’s his formula? He’s actually a hip hop head, like he listened to actually hip hop music before becoming a Christian. He also considers himself an emcee who also happens to be a Christian. This works. In simple terms he has the mainstream platform because he’s relatable and the dude can rhyme.
For far too long I think that was a missing element from many wanna be Christian hip hop artists. They approached rap from outside the culture and they really weren’t good lyrically. What they lacked in skill they made up for with heavily over preached lyrics about super high expectations and sinning.  And really those kinds of songs had no place in Hip Hop. So to answer the title question if an emcee chooses to rhyme about his life from an honest place and that place includes a love for God and family alongside well placed beats and flow, then YES there is a place in mainstream hip hop for them. If that’s not what you’re doing as a Christian rapper then I suggest you just put down the mic.

Positivity and skill will always win in my book. Congrats to Lecrae! I think for so long Christian artists got it wrong it how they attempted to “reach” the masses. Many acted as if they were excluded from the “mainstrea?m” b/c they loved God. Nah a lot of you rappers were excluded because you lacked actual hip hop knowledge and skill. You can’t approach hip hop as an outsider. LeCrae’s interview on 106&Park really says a lot of how I feel about music in general. Make good positive music. What’s a genre? At the end of the day who really cares?

LeCrae is a Reach Records artist appearing this summer on the Rock The Bells tour (yep!) http://reachrecords.com/artists/show/lecrae 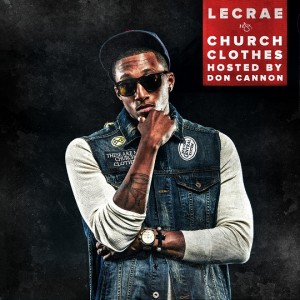 *Disclaimers– 1st- I owned numerous Cross Movement albums in the 90s ( google it lol); however I haven’t owned or listed to any “gospel hip hop” since like high school. And that’s largely because, well, they suck. Well apparently some don’t suck anymore, so let’s explore. 2nd- I dislike music based on the musical merit regardless of genre; to me good music is good music period. There’s no “oh it’s gospel pass, it’s ok for it to suck a little”