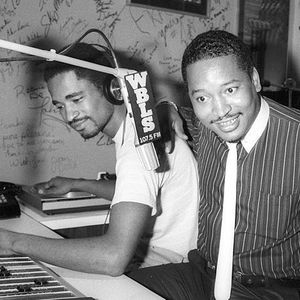 Mr. Magic debuted in 1979 on WHBI-FM in New York City with “Disco Showcase” on the pay-for-time FM station. It was a far cry from the prime time in New York, what he didn’t realize was he was starting the very first rap radio show. A few short years would go by and Frankie Crocker, program manager for Inner City Broadcasting, took his rising star to commercial powerhouse WBLS with the first exclusive rap radio show to be aired on a major station.[2]Rap Attack, Magic’s show featured Marley Marl as the DJ and Tyrone “Fly Ty” Williams as the show’s co-producer. Magic moved full-time to WBLS-FM in July 1982. His reign on the New York City airwaves lasted six years and was instrumental in broadening the scope and validity of hip-hop music.[3] Mr. Magic recorded one 12″ single as an artist “Magic’s Message (There’s A Better Way)”,[4] produced by Spyder D for Posse Records in 1984. He is also interviewed in the 1986 cult documentary Big Fun In The Big Town.[5]

During the mid-80s there was a rivalry between Mr. Magic and Kool DJ Red Alert, who hosted a weekly show on WRKS-FM. The feud also played out between proxy rap groups, the Juice Crew and Boogie Down Productions (see The Bridge Wars). The Juice Crew – headed by Mr. Magic’s on-air assistant, DJ Marley Marl – was named after one of Magic’s aliases, “Sir Juice.”[6]

In 2002 Magic lent his voice to Grand Theft Auto: Vice City, as himself, a DJ on one of the in-game radio stations.