Is it aight to code switch? – Navigating language in modern society. – Angie C
Sometimes I feel like an acrobat. In the space of an hour I can flip from a Jamaican patois dialect to some urban ebonics-esqe stuff and eventually land on a more northeastern “proper” English way of speaking. Most times I complete these acrobatic moves completely unaware that I’m moving from one way of speaking/typing to another. However other times I’m way too aware that I’m switching between codes. Codes? Yep it’s a term I learned in an undergrad multicultural education class. My professor believed as I do that there is no such thing as broken English, but that there are different codes in our society. And in order to be a successful member of our society you would have to know how to switch between these different codes. Each code has its own grammar, its own slang and lingo, and its own place in our society. 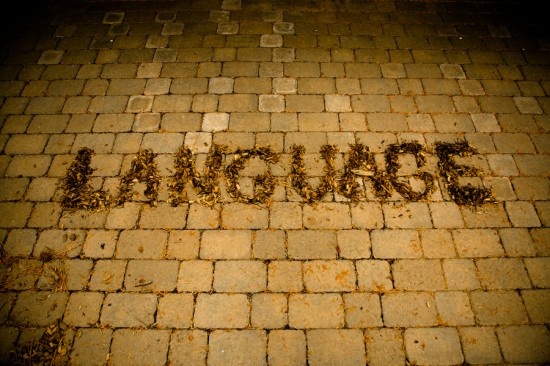 Before hearing the term code switching, the idea that you talked a certain way in a certain situation was only discussed negatively. I dismissed the idea that speaking in full sentence was somehow “talking white”. Very early on in life it was clear to me that using the standard form of speaking and writing English was not a color thing. I dismissed it because ‘talking black/talking white” resonated with nothing I’d ever seen in my real life Brooklyn experience. Growing up with Hasidic Jewish people, the entire Caribbean massive, Hispanic brothers and sisters and everyone else living in NYC, I learned that people just SPOKE. Sometimes they spoke different languages but when it came to English people spoke in a variety of ways depending on the situation. Some people only knew one way to speak, a “relaxed vernacular” or a more complex dialect and some knew several. I realize this isn’t everyone’s experience.

I however just speak… it took me awhile to realize that I wasn’t being fake or “switching up” in the negative sense of the phrase. I was ADAPTING. In early adulthood as I was training to be a teacher I realized somehow that the real purpose of words is communication. I need to be able to communicate with my audience. Can every audience understand Standard English? Sure. Will it resonate the same with them though? Nah. So with my decent knowledge of the codes I would need most in life I somehow developed this acrobatic technique. If I’m speaking to a group of people who generally speak in a standard way of speaking then that’s how I’ll speak. If I’m in a professional environment I want to communicate with them so I’ll use the professional code. If I’m speaking to Jamaican peeps I’ll usually use the grammar and dialect of Jamaican Patois. Because at the end of the day I want to connect with my audience. But at no time am I not Ang… I’m still me and I’m a code switching acrobat navigating my way through this linguistic jungle called life.
What do y’all think? Do you lose a part of you when you when you change the way you speak to fit the situation? Read- React- Retweet
Brown Sugar is written by Angie C @bitofbrownsuga Interviews, Commentary, Music & Movie reviews. Have a topic you wanna see or have reviewed email -abitofbrownsugar@gmail.com